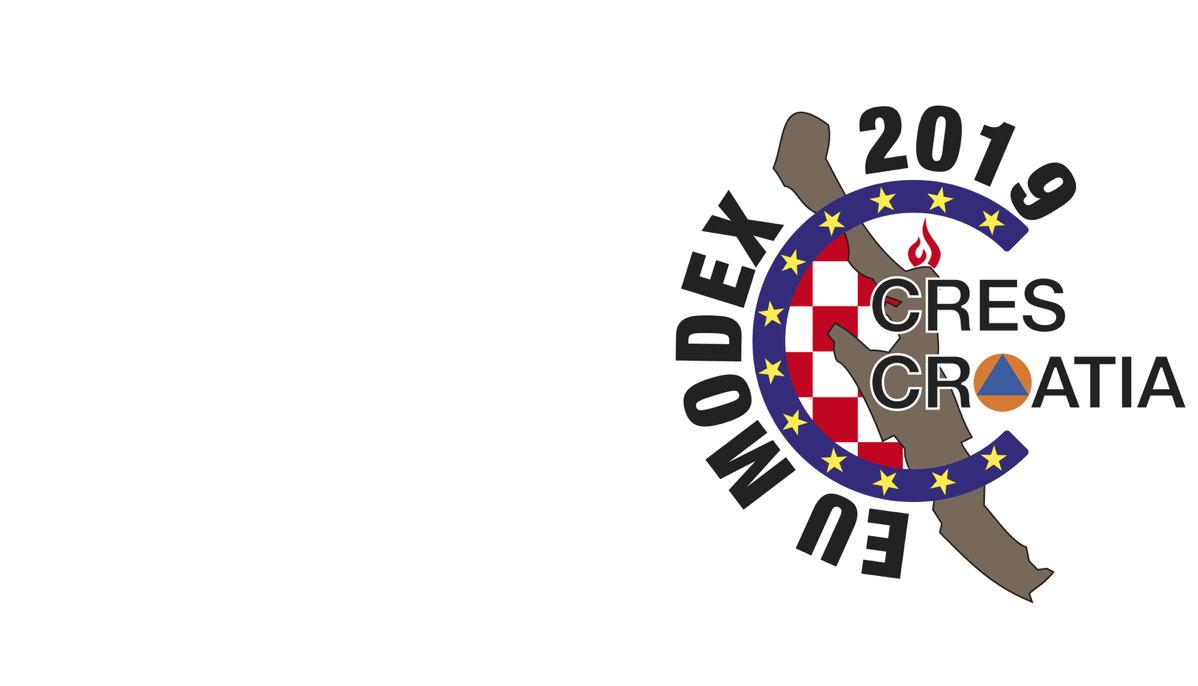 From April 7-10, 2019 a large-scale international firefighting exercise "MODEX CRES 2019” will be held on the island of Cres. There will be more than 300 participants from 10 European countries. This will be the first international exercise in forest fire fighting in the history of EU.
EU expressed recognition to Republic of Croatia and its Firefighting Organization by selecting Croatia to host the exercise. Firefighting exercise „MODEX CRES 2019" is part of EU Project „ROMEX" and falls under the activity of Union Civil Protection Mechanism whose basic purpose is to promote cooperation of member states during interventions in cases of natural catastrophes, technological and ecological incidents of large scale. Out of 34 member states of this Mechanism, around 10 will participate in the exercise on the island of Cres. Besides Croatian Firefighting Department there will be at least seven land modules coming from Greece, Spain, France, Austria, Romania, Italy and Bulgaria.The organization of exercise was entrusted to Croatia who has participated in an EU exercise back in 2008. At that time, Croatia was not an equal member of EU. Ten years later, as an equal member state, Croatia is host and organizer or this large and demanding exercise. All preparatory activities are being performed by Croatian Firefighting Association in coordination with Romanian Consortium CN APELL and in cooperation with local authorities of city of Cres, where the exercise will take place. Selection of Croatia to host the exercise is not unexpected. Croatia has a highly organized firefighting service, adequate technical equipment, high quality and well educated firefighters. Being a roof organization of Croatian firefighting, Croatian Firefighters Association is consistently investing in excellence and education of its firefighters which includes following new trends, application of new technologies and acquaintance with new tools. Croatian firefighting experts are recognized out of Croatia as well and regularly participate on various meetings and firefighting conferences around the world.Exercise on island of Cres will last for 76 hours without interruption and will show whether EU is ready for large forest fires like recent once in Sweden and Greece. The exercise will not focus on technical capacities but rather on strategy, planning, tactical activities, effectiveness of operations, team cooperation, flexibility, managing and execution of international forces in an unknown territory. The aim is to create as realistic situation as possible in order to detect needs in cases when one member states requests international assistance.

Exercise on the island of Cres is being realized within pilot project on Advanced Regional Cooperation in Civilian Emergency Situations and co-financed by NATO, Department of Science of Peace and Security Programme (SPS). Croatia joined the Project two years ago together with Montenegro and partner countries Republic of North Macedonia and Bosnia and Herzegovina. SPS Programme is promoting dialogue and practical cooperation between members of NATO and partner countries for 60 years. The cooperation is based on scientific research, technological innovations and exchange of knowledge. It encourages practical cooperation on security threat, one to be particularly tested during this exercise.

Test for European Union and Croatia

Danger of undergrowth fire is increasing every year. The fire season is prolonging and so is the frequency and intensity of fires not only in Mediterranean, but also in areas like Scandinavia, who did not face this kind of threat until now. Consequently, the EU Civil Protection Mechanism is organizing an exercise on fire extinguishing in the open, more concretely, forest fire. This prompted a huge international public interest and around 30 observers from EU announced their arrival. "CRES MODEX 2019" will be real life test for all participants by demonstrating how international forces can act together in large interventions, their  level of coordination and application of standard operational procedures.

We will have many participants and the organization of this exercise is challenging. Our goal is to create impression of an actual mission and not the exercise. In order to succeed, we have to know how to work together. This will be a real test for us and we will see how we are functioning together and how successful we are. We have looked at many locations all over Europe to select the one with best capabilities for this exercise and finally decided to do it in Croatia. Thank you Croatia for offering Cres.

This kind of projects are contributing to overall safety of EU citizens and are ensuring higher level of their protection and security. We are very pleased this exercise will be held on the island of Cres. Croatia as a host is very supportive of this project and extends its support to all firefighters who will take part in it. Croatian firefighters are in the front lines in all catastrophic events and we are exercising in forest fire fighting on a daily basis. Therefore, I am confident that Croatia will fulfill all EU expectations in this Project on all levels. Moreover, I am also confident that this exercise will confirm that Croatian forces are ready to give assistance to others, cross Croatian border.

Exercise scenario was elaborated by Nikola Tramontana, Expert in Union Civil Protection Mechanism and secretary-professional associate of Firefighters' Association of Primorsko-goranska County and Mladen Vinkovic, Assistant State Fire Chief of Croatia.
According to the Scenario, a series of fires will start after the thunderstorm on the island of Cress. Few local firefighters cannot extinguish the fire even with the help of firefighters from neighboring island of Losinj. Therefore, Firefighting Association is activating all its forces and seeks help from State Intervention Units. Due to the fact that all State Intervention Units are already engaged on other fire sites along the Coast, Croatia initiates EU Civil Protection Mechanism and calls for help from international community. Scenario plans for more than 300 participants encountering many challenges during the three days: spreading of fire will endanger many settlements, local marina, hotel, auto camp, waste disposal site, but also crucial infrastructural objects including substation, power lines, water reservoirs, many olive groves and gardens. An additional challenge for the firefighters will be hardly accessible, and in some places impervious terrain and lack or non-existence of forest roads. All these circumstances will lead to request for assistance of air force.  Since the fire will spread to majority of island of Cres, the situation will become extraordinary demanding in sense of collecting information, establishing coordination of forces on field and decision making on upcoming operations. A particular challenge will be communication in English language while having firefighters from different countries.

Organization, coordination and commanding of operational forces participating in interventions during catastrophic scale incidents is a huge challenge for commanding staff. For swift and efficient intervention there is a need for cooperation of all emergency services and timely flow of information is crucial. Due to afore said, Next Generation Incident Command System (NICS) will be used. It is an advanced information system for managing crisis situations.
NICS system was developed by US Homeland Security, Science and Technology in cooperation with Massachusetts Institute of Technology Lincoln Laboratory and Californian Department of Forestry and Fire Protection. NISC system allows users to have relevant information in real time:  terrain data, weather situation, current deployment of operational forces, vehicle location, infrastructure, aerial photos, etc. One particular feature of the  NICS system is that it is not limited, i.e. can be adjusted and upgraded with data without limitations and depending on specifics of each particular intervention. All data is synchronized through network, meaning that NICS system immediately integrates all information in an online map which enables access to all users and thus speeds up information flow and eases cooperation and coordination on the field and crucial decision making for the commanding staff regarding activities in crisis situation.
During the last eight years NICS system was used in more than 200 actual incidents and proved to be an exceptionally important tool in successful management of incidents.
Ferry Valbiska (Krk) - Merag (Cres)
Ferry Brestova (Istra) - Porozina (Cres)
Published, 26. March 2019. 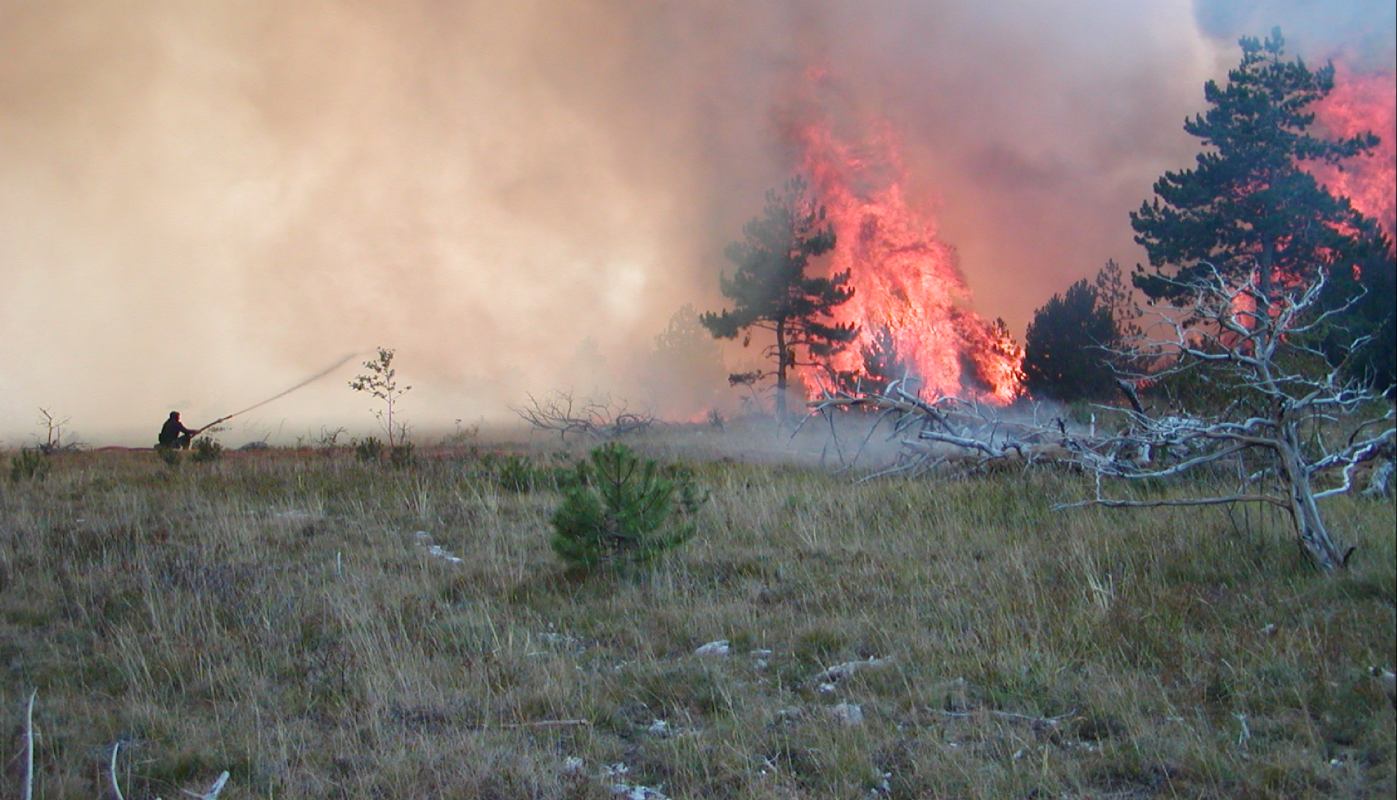 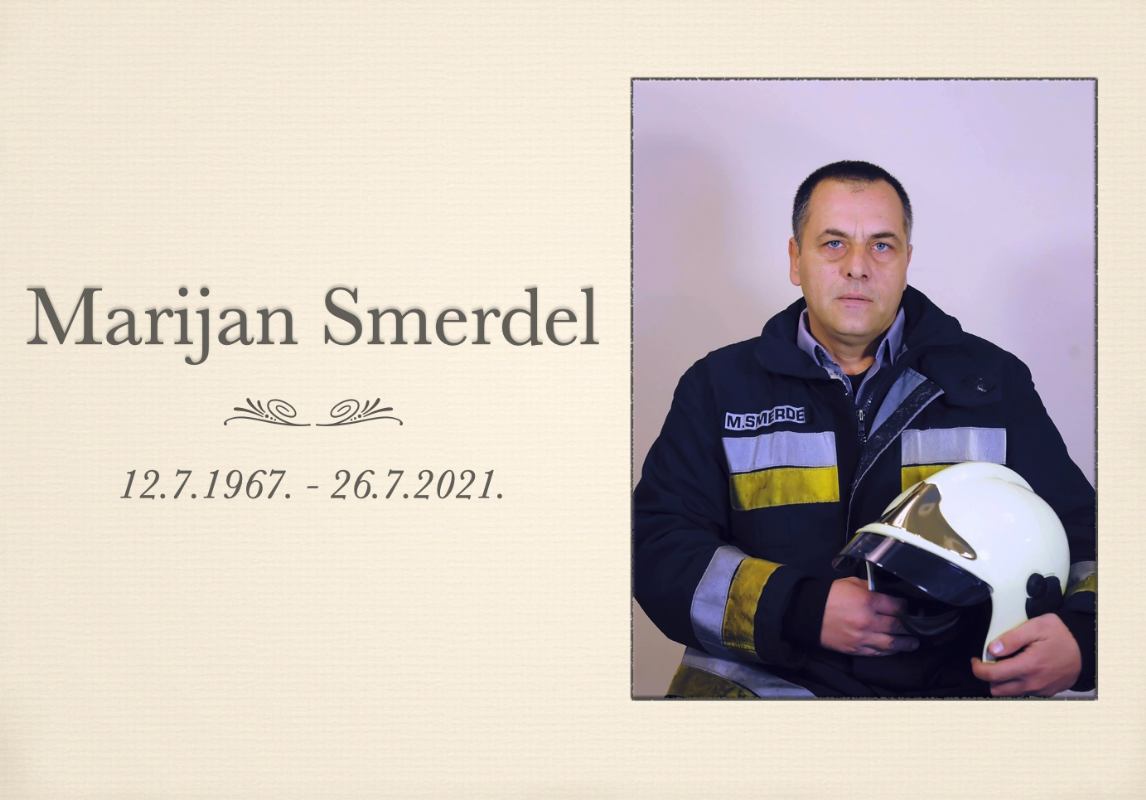 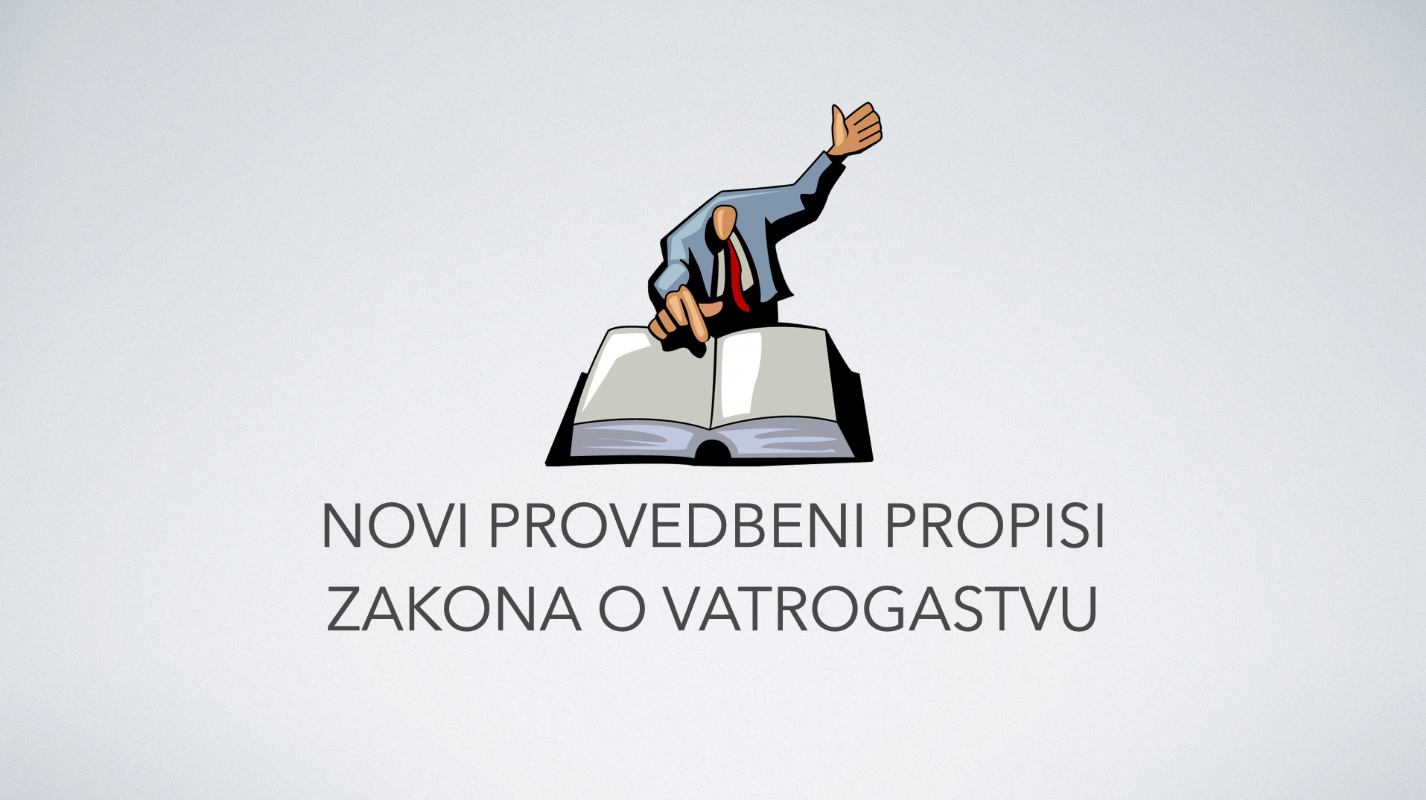 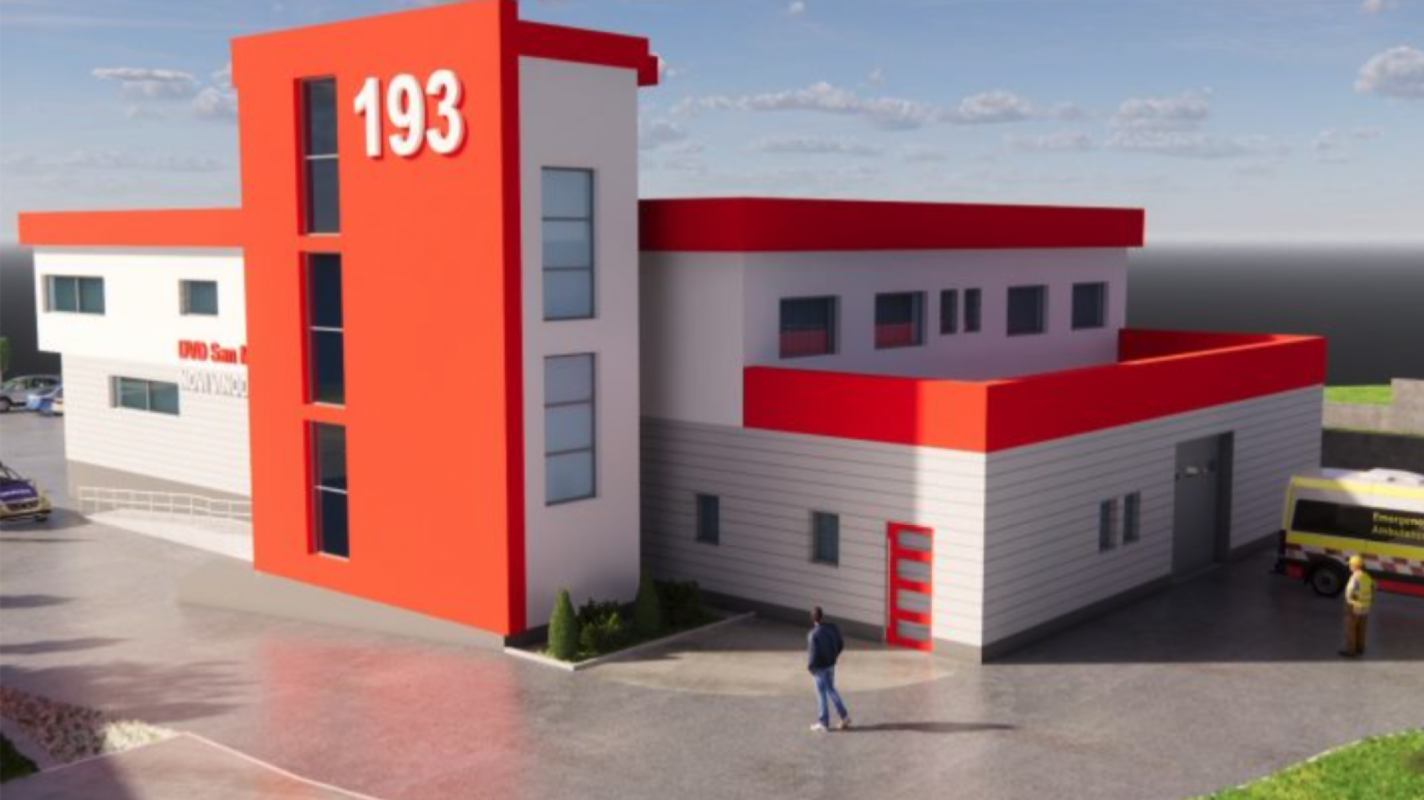 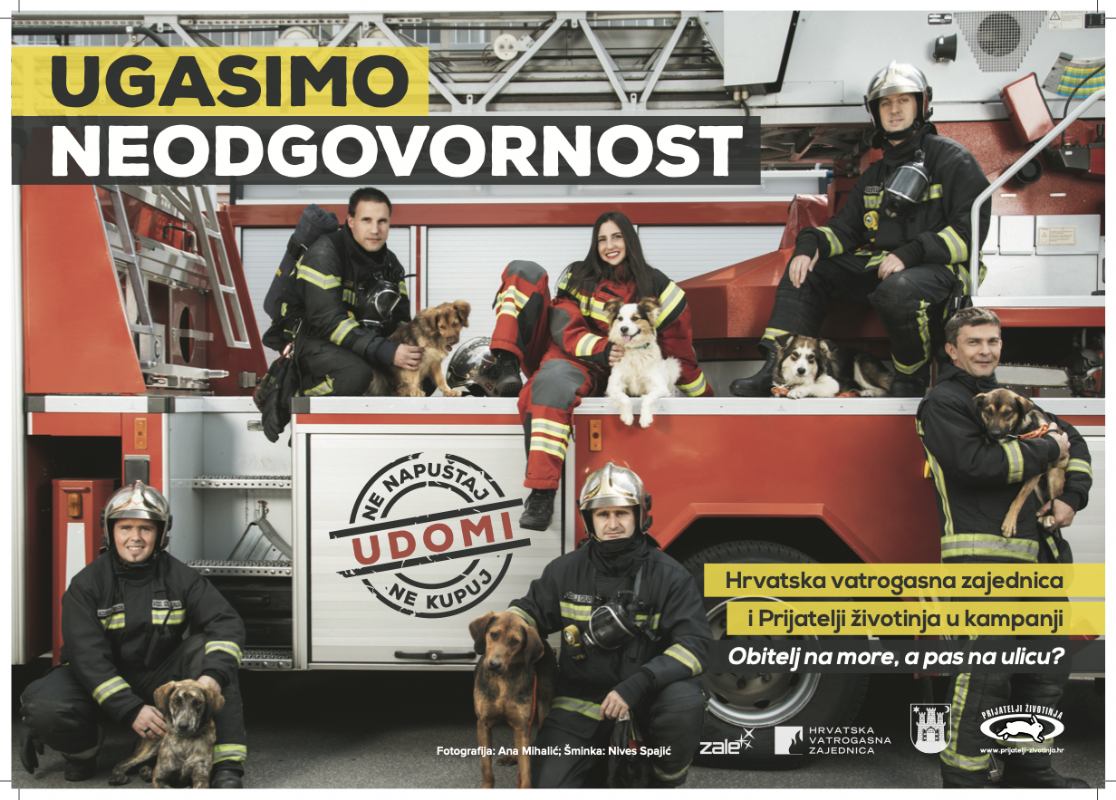